As we are starting our second year of international sales we are providing video analysis and referee development platform for 5 countries. There are over 600 users , more than 1500 games analyzed, close to 20 000 incidents in our database and almost 100 000 logins during this quarter. 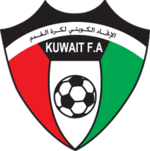 At the end of 2021 Kuwait joined forces with RefPal becoming the first VAR league that we are working with. We have been involved in analyzing all the league games and also 3 cup competitions, altogether 119 games so far. Working with Kuwait has been especially interesting as they have a regular influx of visiting top FIFA referees from other countries and that enables the Kuwait referees to also learn from the world's best. 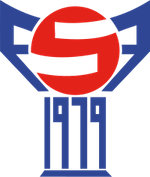 Spring season in Europe brought two additions with Faroe Islands and Latvia teaming up with RefPal to develop their referees. Both leagues use a mixture of Key Incidents and Learning Points analysis, with their referees becoming active participants from day one of the cooperation. We held several start-up seminars for both referees and observers through ZOOM and also translated the system into Russian for the Latvian refereeing community. Now RefPal is available in 4 languages: English, Russian, Arabic and Estonian.

We have also renewed and extended our partnership with the Finnish FA as we are analyzing now all games in Veikkausliiga and all games refereed by women referees in Kansallinen Liiga almost doubling the amount of games compared to last season. With former FIFA referee Mattias Gestranius now leading the charge as an Elite development coach in Finland, we have seen the participation in the evaluation process by referees doubling. A new RefPal record of 106 evaluators participated in analyzing the game KuPS - SJK from 15.04.2022 and there have been other games over the magical 100 line.

Learn more about the benefits of RefPal, see the system close-up,
get deeper input on how & why RefPal works, and how it makes your referees work.
Invite us for demo
ADDRESS