How did I reach 100% accuracy? - RefPal referee of the year Kristo Külljastinen

« Previous PostNext Post »
We sat down with Kristo one February morning just before the new season was about to kick-off in Estonia and decided to look back upon his exceptional year in 2021.

Kristo is 37 years old, has been a referee for 11 years and has been officiating Estonian Top League games for 9 years. He is father to one, a former football player, Master of Sciences in Energy Trading from TalTech and is the Head of Project Management in Estonian Railways Ltd.

His season 2021 was unique as he became the first ever Estonian referee to manage 100% accuracy in both his red card and penalty decisions during the whole season (since RefPal started providing this possibility in 2017). He officiated 16 games in the Premium League and managed 10/10 decisions correct in red card incidents and 18/18 decisions correct in penalty area incidents. On top of that his yellow card accuracy was also great at 88%. His exceptional year was also noted by the football monthly magazine “Jalka” who awarded him the title “Best referee 2021”, quite an exception for a non-FIFA referee to achieve this accolade.

So what is your secret? What did you change in your refereeing to get to 100% accuracy?

It was never my aim to reach 100%, but of course I was interested in getting my percentage higher. Using RefPal for quite a few years helped as we have the theoretical knowledge of what is what. However the most important aspect for me was to purposefully lower my pulse in and around the penalty area. Meaning that I actually started running less, especially not fidgeting around. Even staying further away from the incidents as in the past I tended to get too close. You can also see it from my Polar stats - my running distance per game has decreased, I position better and my heart rate is lower than it used to be. Some have hinted that my refereeing style is “lazy” but I prefer to think of it as “smart”.

Anything else that comes to mind?
Yes, I believe that if we become too detail oriented on the field of play, we make more mistakes as football is a game full of surprises and when you are looking for something too keenly, it is very easy to miss something that happens outside your focus. It is easier and more beneficial to look at the big picture and accept that we will make mistakes as it is never possible to see every detail - so why even try?

Has this also been related to your improved physical abilities?
Not really, I have always trained well and kept the same principles in 2021.

Refereeing is not an individual sport, have you changed anything in how your referee team works?
Yes, that is actually a second major change that I went through and even though it brought my percentages and game control down at first, now I have reached a level where it helps me. I decided to use my team to the maximum amount and for that I have asked them to communicate as freely as they want, whenever they feel the need to say something. That enables me to be always switched on but more importantly it frees them from the fear “Am I saying the right thing?”, which in turn enables them to help me more. It is my job as the man in the middle to filter the information given to me and make the final decisions.

How did it hinder you at first?
At the beginning a lot of my decisions came with a delay as I was listening to my team’s input and that led to some unrest from the players. Also I possibly suffered from a lack of confidence, but it took me a few seasons to adjust and now I feel better than ever. I am using 8 eyes instead of 2. As the saying goes, sometimes you need to take a step back to take three steps forward.

Looking at your stats, are the changes in your teamwork behind your “slump of form” in 2019-2020?
Yes, but only partially. I also had quite a difficult time in 2020 with work related issues (Kristo left a job at Elektrilevi - Estonian national powergrid, that he held for 14 years) that in turn affected me both mentally and physically. In order to perform well on the field of play you need to have the rest of your life in good balance.

Thanks for your candidness! To finish up, can you talk us through any incident from last season where this new teamwork approach helped you? 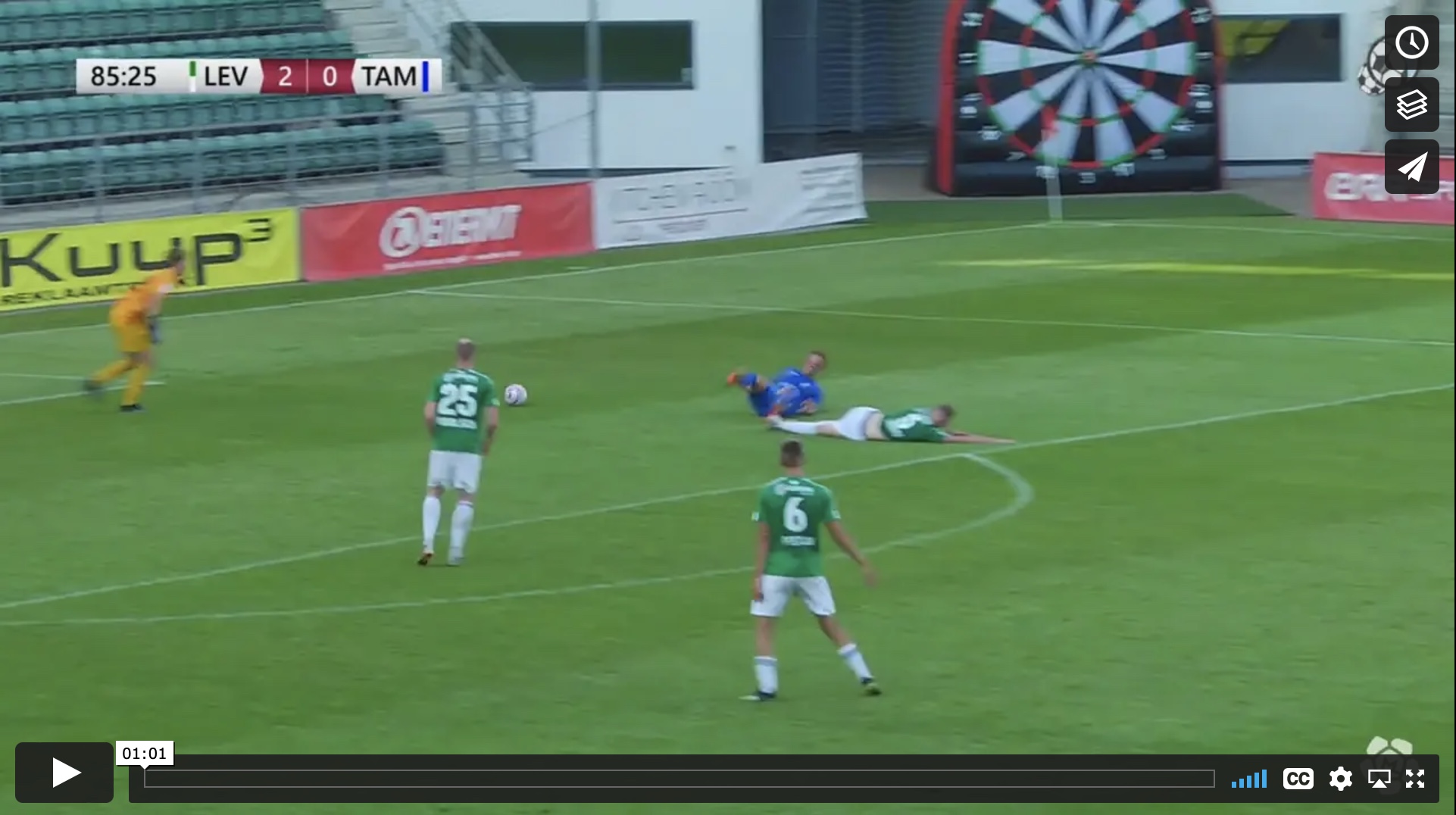 We had a game on 1.07 FCI Levadia Tallinn vs JK Tartu Tammeka and in the 86th minute an unexpected tumble happened by Levadia’s central defender Lukovic. If you watch the video you can hear my 2. assistant Lauri Salei said straight away “Isn’t this a penalty?” and I whistle half a second later. Sometimes you only need a little nudge towards the right direction to make a great call, especially if the situation is unexpected. So a right penalty and red card (second YC) is given here thanks to this way of co-operating.


Thanks Kristo for sharing your insights with us, and good luck to keep up these performances in 2022!
« Previous PostNext Post »

Learn more about the benefits of RefPal, see the system close-up,
get deeper input on how & why RefPal works, and how it makes your referees work.
Invite us for demo
ADDRESS